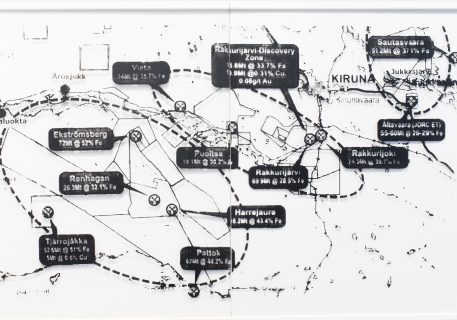 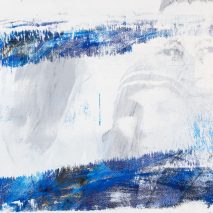 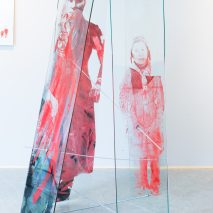 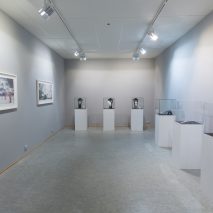 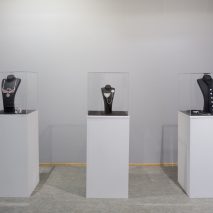 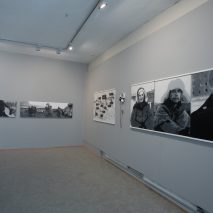 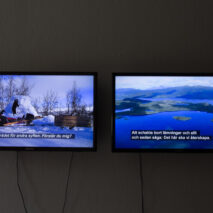 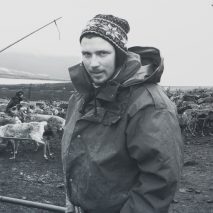 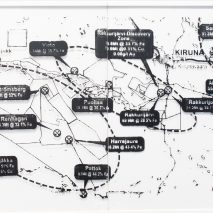 The Use of Land shows art by five Swedish artists and filmmakers from the areas on which new mining operations are encroaching in Sweden.

As we know, logging and hydroelectric power plants have also changed natural conditions in the same areas, influencing the lives of the population permanently. The exhibition is an artistic commentary on the use of territory. The artists have chosen to discuss the theme through their personal means of artistic expression: by film, photography and printing photographic images on objects and glass. They want to focus on the actual activities and the issue of how land area is used, and how the exploitation of our natural offerings continues. They show how important it is to preserve natural resources so that sustainable and lasting sources of livelihood such as reindeer herding, tourism and other nature-based occupations can survive.

The artists want inform people on what is happening in the inland areas of Northern Sweden. The international mining industry is growing and spreading itself to the neighbouring countries. The issue is now on the agenda all over the northern parts of Scandinavia. The exhibition shows the local people’s fight for their right to live in the region without mining and exploitation of nature. It shows how the population attempts to prevent our nature from being destroyed for a long time, maybe even irrevocably. It also tells us how the land has been used historically and how it has changed people’s lives – and how memories might soon be the only thing left of it.

The art project Markanvänding has been produced by Konsentrat Kunstsenter in Kiruna. The project started in Jokkmokk during the winter market in February 2013 with a combined exhibition and workshop at the Ájtte Swedish Mountain and Sámi Museum.

It showed art that the participating artists work or have worked on under the theme The Use of Land. The project also engaged associations and organizations that speak out on new mining operations in order to get information on the situation of two present mining projects, the Rönnbäck Birch Water Valley project and a project in Jokkmokk.

The Use of Land art project is a pre-project of a large EU project.

In occasion of the exhibition we’re also showing the film “The Right to Water and Land” by Geir Tore Holm.

Geir Tore Holm: “Retten til vann og land” (“The Right to Water and Land”) Geir Tore Holm’s The Right to Water and Land is an embodiment of economy and social conditions. The film is based on interviews with people who have been affected and have opinions about the Finnmark Act: public officials, lawyers, politicians, historians, activists, artists and users of the land. The different voices have been put in the mouth of one person – who is getting firewood in the forest. Traditional, local knowledge is juxtaposed with formalized concepts of justice and public regulation of the use of land and water.

The exhibition has received support from: