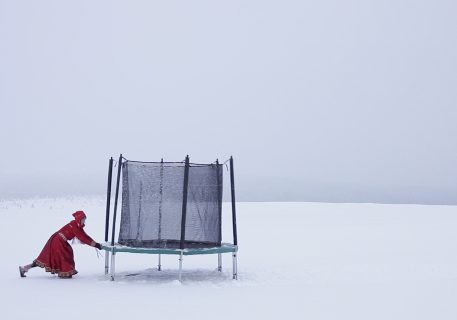 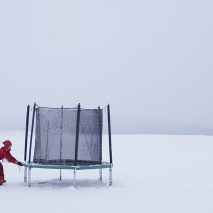 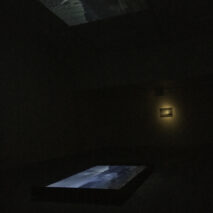 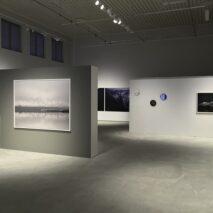 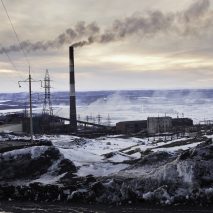 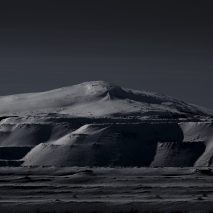 In the exhibition “Silence – Jaskes eatnamat”, Marja Helander continues her exploration of the industrialized and postcolonial landscape of  Sápmi and Northern Fennoscandia, combining several aesthetic traditions in her captivating and audacious photographs and videos.

Helander’s most recent project Silence – Jaskes eatnamat maintains a topical focus on the North Calotte landscape, tracing the consequences of industrialization, in particular the impact of mining and hydropower industries on the land, its history, present condition, and future prospects. Silence is an extended existential, social and political portrait of these landscapes, fashioned through Helander’s evocative colour photographs and allegorical video works.

While there is a precise documentary impulse at work in many of Helander’s photographs, Helander eloquently engages several additional aesthetic practices in the pursuit of her subject matter. Helander makes elaborate use of the Romantic tradition in the landscape genre, evoking the terror of the sublime while also suggesting the desolate, the deserted, the forgotten or the enigmatic as elements of experiencing the land. As the artist herself puts it: “I wanted there to be something mysterious, even though the scenery is not always so conventionally pretty.” Other images toy with absence and presence, as light or real physical obstacles disguise, distance or even alienate the access to the actual subject. And the poignant nocturnal light that characterizes many photographs invokes a state of limbo, of inertia, of hauntingly beautiful suspension. Furthermore, as a counterpoint to the landscapes of the North defined by mining, industry, hydropower plants, pollution and corrosion, Helander also photographs urban scenarios, such as nocturnal cityscapes from her hometown Helsinki, as the sites of consumption that beget the exploitation of natural resources. Also here the identification of actual physical spaces is rerouted to the visualizing of mental landscapes, crafting states of mind with or onto the image.

Helander’s video works, often with the artist impersonating and performing in front of the camera, add many emotive and experiential dimensions. The elegant futility in Trambo, pulling, pausing to jump, pulling a large trampoline across a barren winter landscape. The ritualistic yet ironic Dolastallat that narrate an offering of a cup of coffee to a stuffed bear – the most sacred animal in Sami culture – standing in what seems to be an industrial ruin. Or the homage to the passing of time, to surviving nature and to the artist’s fathers herbarium in The Flowers of the Kola Peninsula.

Marja Helander lives and works in Helsinki, Finland. She has a Master’s degree in photography from the Alvar Aalto University in Helsinki. Working with photography and video, her central topics are the Northern and the Sapmi landscape, identity and gender issues in relation to Sami and Western culture. Marja Helander has exhibited extensively internationally, such as in Canada, Germany, and across Scandinavia. Her works can be found in many public collections throughout Scandinavia.