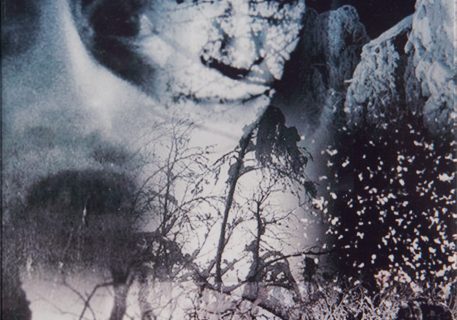 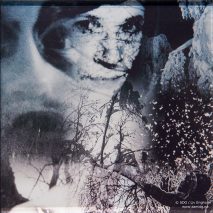 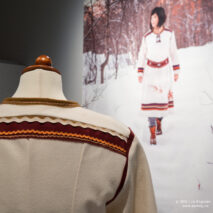 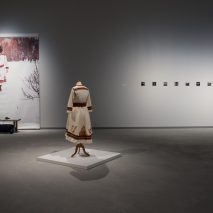 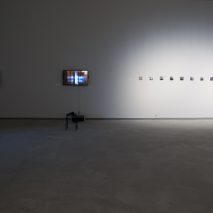 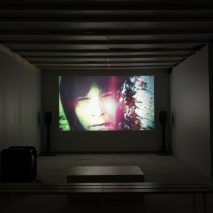 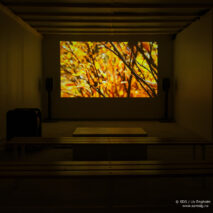 In the installation “The Lost One” Liselotte Wajstedt conveys her grandmother’s story. The work is about a loved grandmother and her tumultuous choices in life. In the process Wajstedt discovers new contexts in her family history, relationships that also touches Sami history and universal human questions. In the work the old and the new weaves sensitively in an oral tale, a movie, a picture and a jacket.

Liselotte Wajstedt examines a personal story and find links to her own life. The story, as the artist himself says in an audio recording, is about a loved grandmother and her tumultuous life choices. Despite her Laestadian faith and social disapproval she breaks up from a seemingly perfect marriage to live with another man. Liselotte is based on their own memories and reveals more. As an adult, she begins to understand the relationships that she had not previously reflected on.

The film weaves family photographs and natural images together. They are accompanied by music of Hanna Nutti, who have interpreted the story in words and music. In the movie Liselotte sews a white jacket to her grandmother with the sewing machine she has inherited from her. On the “kofte”, she has pressed a number of pictures of her grandmother’s life subsequently added together, piece by piece. Kofta is displayed in the exhibition, along with a photograph portraying Liselotte in knitwear. Elle Máret Valkepää have made jewelery to knitwear.

Liselotte Wajstedt (f.1973) is an artist and filmmaker. She lives and works in Kiruna. Her films often moves in the borderland between documentary and experimental art film.