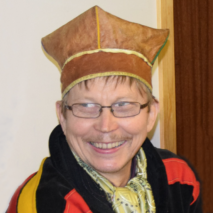 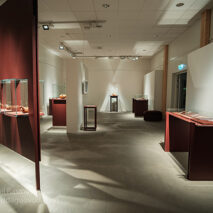 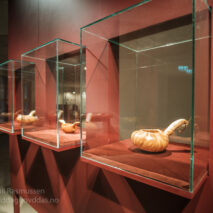 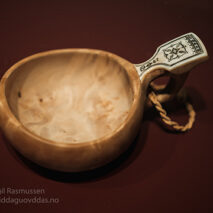 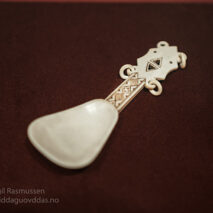 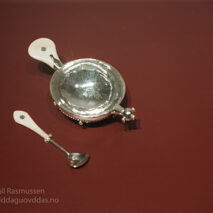 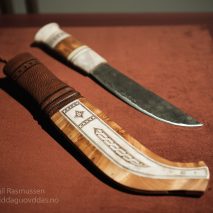 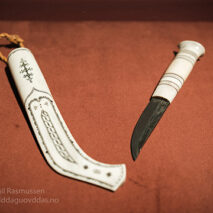 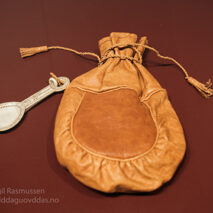 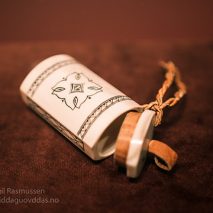 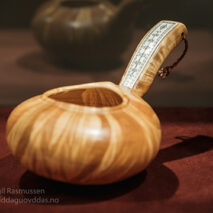 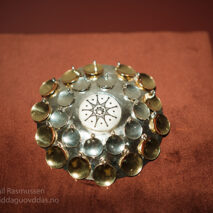 – My works are shaped based on traditional knowledge, but so that they can be used according to current needs.

Duojár Petteri Laiti (1950), is a pioneer in the field of duodji. He comes from Utsjok in Finland and currently lives in Inari.

His production consists of traditional Sami handicrafts, and crafts of high artistic quality. His preferred materials are reindeer horns, reindeer skins, silver, gold and wood. With these materials at hand, he designs unique objects.

Petteri Laiti started with crafts during the school years in the early 60’s. During the school holidays, for example, Laiti made butter boxes, which he changed into clothes in the local shop. Laiti’s father was a craftsman and made sledges, reindeer harnesses, boxes and baskets. As a boy, Petteri therefore had a good opportunity to learn how different tools could be used and absorb knowledge about materials. He learned his professional skills in craftsmanship through traditional training.

Petteri Laiti started working early in the forest, with reindeer husbandry and on construction sites. Laiti went on from this to various courses in crafts and duodji. He was a student at the Sami Folk High School in Jokkmokk. In 1975, Laiti took the pedagogical exam at Lahti’s teacher training college and gained the formal competence to teach. In 1980-84, he continued his education as a silversmith at Lathi’s goldsmith school. Petteri Laiti founded the company Samekki in 1995 (facebook: samekkiduodji). After retiring in 2015, his son, Sami Laiti, has taken over the company and is following in his father’s footsteps.

Petteri Laiti has since 1973 participated in numerous exhibitions in Finland, in the other Nordic countries and further out in the world, among others in the Netherlands, Italy, Spain, Canada, North America, Japan and Russia. Laiti has been awarded several prizes for his work. Laiti received the Finnish State Art Design Prize in 1989 and he has also received the Inari Municipality’s Culture Prize. In the spring of 2019, he received an honorary title as an honorary doctor at the University of Lapland. He is a member of Sámi Dáiddačehpiid Searvi (Sami Artists’ Association), and has participated in a number of exhibitions under their auspices, most recently during the Sami Art Festival in Alta in 2019.

The Sami craft is characterized by the components aesthetics, form and function. Petteri Laiti combines all this with a secure inner understanding of tradition, the use of materials and artistic integrity. To fully understand the genuineness of the Sami craft, one must have grown into the nature it comes from. The seasons, the snow, the rain, the winds. Everything that shapes nature and provides conditions for what is possible to create.

The exhibition is part of a collaboration between SDG and Sami kunstmagasin/RDM, where a large part of objects are borrowed from, in addition to borrowings from the artist himself.