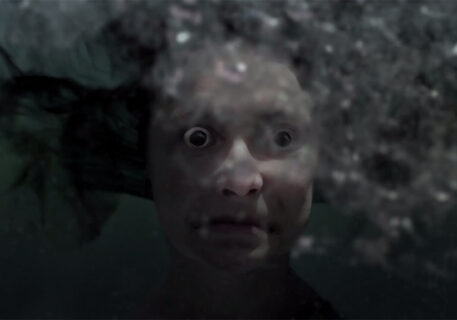 Sissel M. Bergh’s comprehensive solo exhibition Okside rïhpesieh (“Doors open themselves” in South Sami) -is composed of several different projects that work together as a whole.
A central theme of Bergh’s is how South Sami history has been erased and how it may become visible again. She questions the majority society’s current view of Sami culture and history, and uses the openness of art to interconnect different knowledge and experiences in order to facilitate new insights.

Okside rïhpesieh is a dynamic composition of new and older works that now has its premier in Karasjok. Bergh’s new and ongoing work Ajmoejimh ajtoejimh (“Erased, washed out”) collects traces of Sami culture along the coast of Møre and Trøndelag and adjacent areas. Traces of connections between South Sami and Norse words are drawn and painted as a map in mural format. Central questions arise: How did Norwegianisation processes take place in South Sami areas? What archaeological and linguistic traces may be found and what may folklore reveal? How is it possible to regain Sami culture after such a long time?

Ajmoejimh ajtoejimh is a continuation of Bergh’s 2014 work Dalvedh (“Being visible again”), a three channel video project and sound sculpture, in cooperation with Frode Fjellheim. Bergh collaborates with archaeologists, historians, linguists and informants from Sami communities in an attempt to understand the processes that made the presence and history of South Sami culture invisible.

In addition the film Tjaetsie is being shown. It is the first film in the series Knowhowknow, with a political-poetic look at the relation between people and the world seen from a local starting point. The exhibition also comprises paintings and sculpture objects.

Sissel M. Bergh, born in 1974, is an artist who works investigatively with many different materials, techniques and methods. She is concerned with how a look is formed from experiences and knowledge. She makes installations, films, paintings, drawings and objects as well as varied cooperative projects in different forms. Bergh has previously lived in Lusaka, Zambia. She has had numerous solo exhibitions and her work has been exhibited outside Norway. Among others Trondheim municipality has bought her work.
Bergh is the recipient of an ongoing 5 year employment stipend from the Arts Council, Norway.